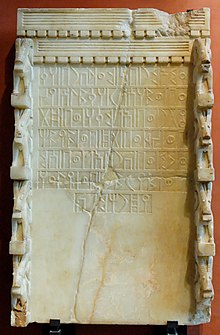 Did Kabah In Makkah Exist before 4th Century?

by DISCOVER THE TRUTH • SEPTEMBER 3, 2013
One of the recent things I have heard from Christian missionaries, when debating with them is that they say, "Kabah in Mecca did not exist before the 4th century." Some of them even say that the Ka'bah in Mecca where Muslims go for pilgrimage annually has no history before the advent of Islam. These ridiculous fictitious claims have no bases whatsoever. I shall now bring forth evidences that Kabah in Makah did exist in history long before the coming of Muhammed (p).

Diodorus Siculus was a Greek historian, who wrote works of history in the 1st Century BC. He is known for the monumental universal history Bibliotheca historica. Diodorus is the first known Historian long before the coming of Islam that makes mention of Mecca.

Reverend Charles Augustus Goodrich a Christian, was an American author and Congregational minister comments on Kaaba and Mecca, although, he is not fond of the Prophet Muhammed (pbuh), but he is sincere in admitting that Ka'bah existed at the time of Patriarchs. He writes:

Encyclopædia Britannica: Or, A Dictionary of Arts, sciences and Miscellaneous Literature - Colin Macfarquhar:

Andrew Crichton also comments on the 'Kabah' in his book; 'The history of Arabia, ancient and modern.'

Claudius Ptolemy was a Greco-Roman writer of Alexandria, known as a mathematician, astronomer, geographer; is another person, centuries before Islam who makes mention of Makkah. He uses the name 'Makoraba' for Makkah.

In the Book: 'The New Encyclopedia of Islam', written by Cyril Glassé says that Ptolmey, in the second century mentioned Makkah. Here is what he wrote,

Ilya Pavlovich Petrushevsky (1898-1977) was an Professor of History of the Near East at the University of Leningrad for twenty years, he also makes mention that Ptolemy in the second Century mentioned Makkah:

In the book 'A Comparative Study of Thirty City-state Cultures: An Investigation', by Mogens Herman Hansen; in Note 24 he makes it clear when Ptolemy mentioned the name 'Macoraba', that he meant Mecca:

From all the evidences which I have presented, from objective and academic sources, it can clearly be seen that it is a fact that Kabaah existed before the advent of Islam and Muhammad (peace be upon him).  Sealing my arguments, I refer you to Reverend Charles Augustus Goodrich, a Christian historian, who admitted that the Kabaah existed and was built by the Patriarchs. In his own words, he says, "Caaba its high antiquity cannot be disputed; and the most probable account is, that it was built and used for religious purposes by some of the early patriarchs."

[1] Religious Ceremonies and Customs, Or: The Forms of Worship Practised by the several nations of the known world, from the earliest records to the present time, Charles Augustus Goodrich [Hartford: Published by Hutchinson and Dwine 1834] page 124
[2] Turkey, Past and Present: Its History, Topography, and Resources By John Reynell Morell, page 84
[3] Encyclopaedia Britannica: Or, A Dictionary of Arts, sciences and Miscellaneous Literature Constructed on a Plan volume 2, by Colin Macfarquhar page 183 - 184
[4] The history of Arabia, ancient and modern volume 1 [second edition] By Andrew Crichton page 100
[5] The New Encyclopedia of Islam by Cyril Glasse page 302
[6] Islam in Iran by I. Pavlovich Petrushevsky page 3
[7] One Thousand Roads to Mecca: Ten Centuries of Travelers Writing about the Muslim pilgrimage Michael Wolfe introduction xv
[8] Paul Wheatley The Origins and Character of the Ancient Chinese City: volume 11 page 288
[9] A Comparative Study of Thirty City-state Cultures: An Investigation, Volume 21 by Mogens Herman Hansen page 248 NOTE 24
Advertisements